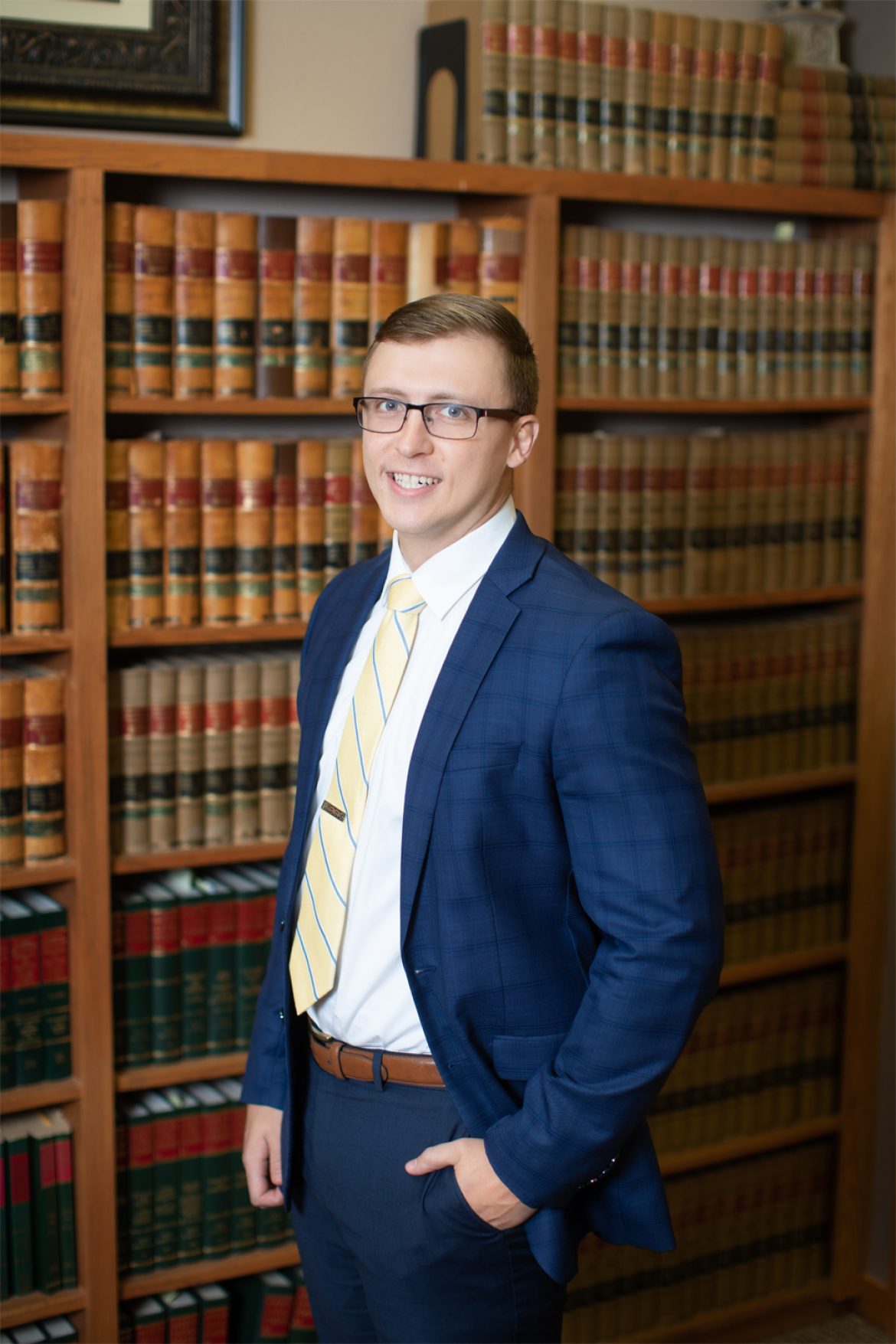 Garrett grew up on his family’s cattle ranch in Dupree, South Dakota, graduating from Dupree High School in 2013. He attended South Dakota State University, graduating with a Bachelor of Science in Political Science and minoring in Philosophy and Legal Studies. During his time at SDSU, he became the first President of the SDSU Pre-Law Society and interned with the Daktronics Legislative Department and the South Dakota House of Representatives. He was also an Operation’s Manager of the SDSU Wellness Center.

Garrett attended the University of South Dakota School of Law, where he was a Senator for the Student Government Association, President of the First-Generation Lawyer’s group, and a member of the Alternative Dispute Resolution and Trial Team boards. He was the recipient of the South Dakota Trial Lawyers’ Association Award for his work on the Trial Team board. He interned with the Butte County States Attorney’s Office and the Barnaud Law Firm in Belle Fourche, South Dakota.

Garrett graduated in May of 2020, receiving his Juris Doctorate from USD Law. After graduation, Garrett served as a judicial law clerk with the 1st Judicial Circuit of South Dakota in Mitchell, South Dakota. He joined the Costello Porter Law Firm in August of 2021.

Garrett enjoys hiking, snowboarding, and helping his family on the ranch in his spare time.